The world of modern technologies is developing and changing day by day. Jelastic gathered statistics of using programming languages, application servers, and databases, to find out which software stacks were mostly used within Jelastic PaaS during 2018. As a result, the analyzed data can be taken into consideration by software developers and service providers while building technology and business strategy for 2019. So let’s dive into the report, based on Jelastic PaaS customers’ stacks choice.

Currently, the Jelastic PaaS platform provides support of Java, PHP, Python, Node.js, Ruby, .NET and Go programming languages. The research shows that PHP shoots ahead with 57,2%, and Java has 33,5% of customers choice. The rest programming languages shares less than 9,3% in total but Jelastic noticed a growing interest to Node.js (6,9%) compared to the previous year (4,9%). Go language was just added in 2018, hence higher results can expected in the near future. 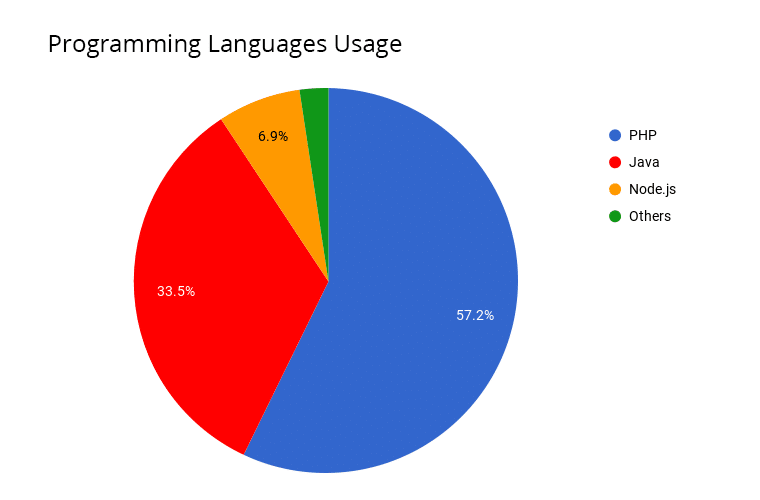 Comparing top programming languages by resource consumption, we see that even if the number of Java environments is considerably less, the consumption is almost at the same level as for PHP. 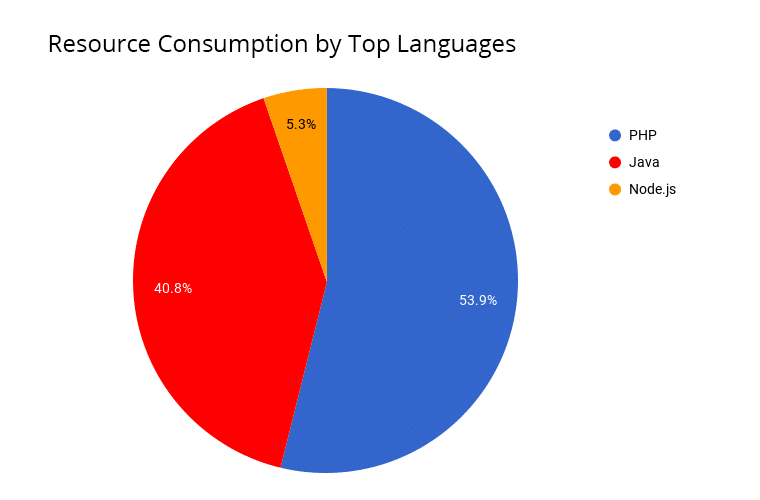 After gathering the statistical data on the geographical spread of the platforms, we see that the Asia Pacific (APAC) region customers mostly prefer Java for running their applications. Talking about the users from Europe, Middle East, Latin America (LATAM), and Africa (EMEA), their main choice is PHP. Northern America (NA) users show approximately the same percentage for using Java and PHP. Ruby is much more popular in Latin America, while Node.js is used equally in all regions. 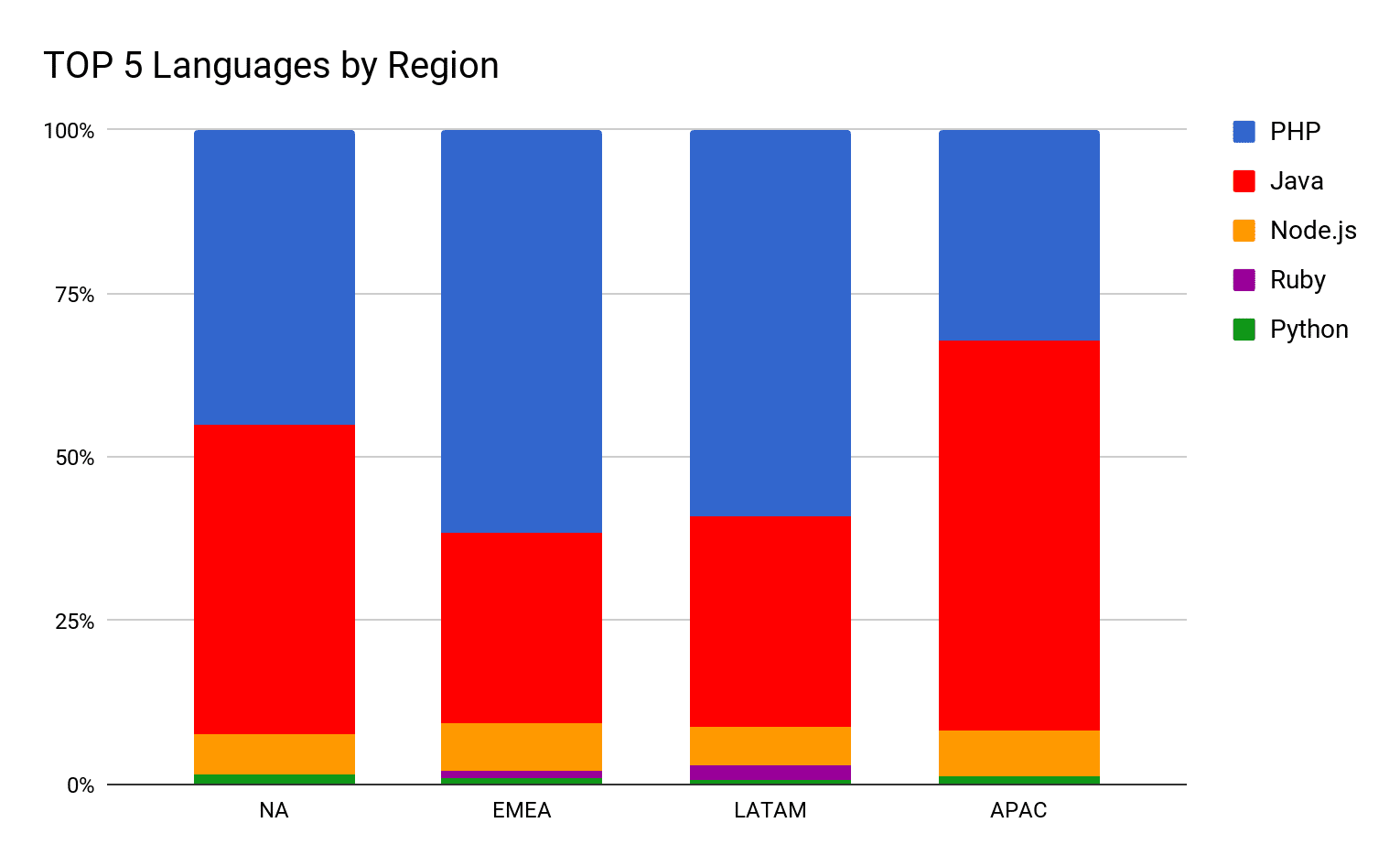 PHP is one of the most widely used programming languages for running scalable websites. Based on statistics, Jelastic PaaS customers mostly use version 7.1 (22,8%) and version 5.6 (21,1%). 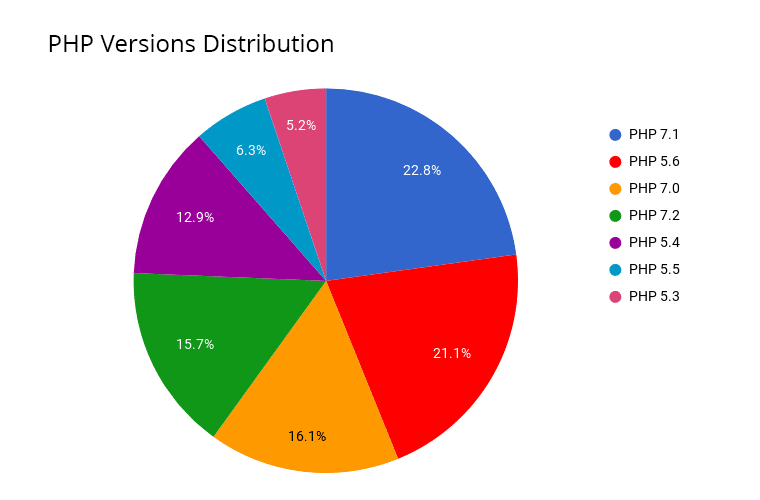 Java is used for developing high performing and secure applications. As a result, it’s one of the most widely used programming languages among enterprise projects. According to the statistics, Java 8 has the highest rate among Jelastic PaaS users. Java 7 and Java 10 are also among the leaders. 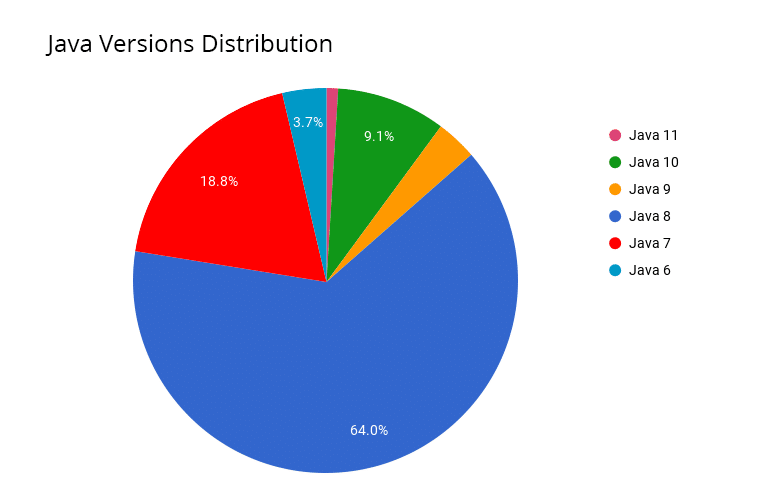 Apache and Tomcat are the most demanded among the application servers considering that PHP and Java are two leading programming languages. 44,9% of the Jelastic PaaS users install Apache PHP for their environments and 28,3% prefer Tomcat hosting, while Nginx gets 13,2%. Other servers (Node.js, GlassFish, WildFly, Spring Boot, NGINX Ruby, TomEE, Jetty, SmartFox Server, IIS, Apache Ruby, JBoss, Goland, and Raptor) share the rest with 13,6%. 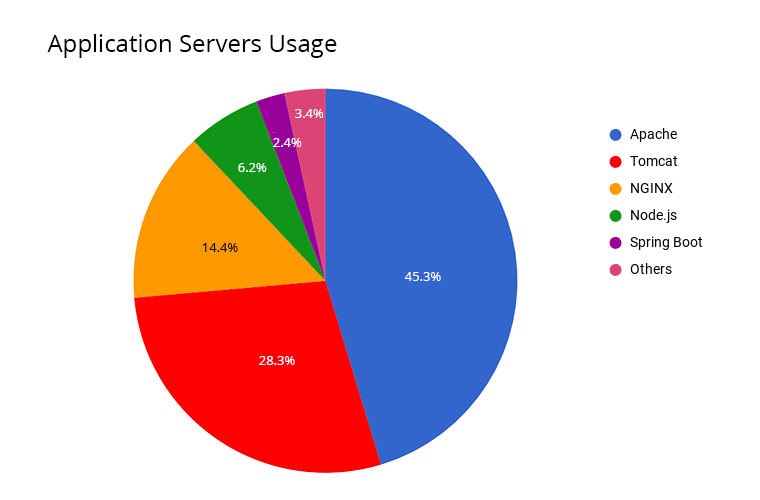 Considering the geographical usage of application servers, it’s clear that Tomcat is widely spread in Asia Pacific and North America, while Apache is mostly popular in LATAM and EMEA countries. NGINX popularity is equally distributed in NA and EMEA. 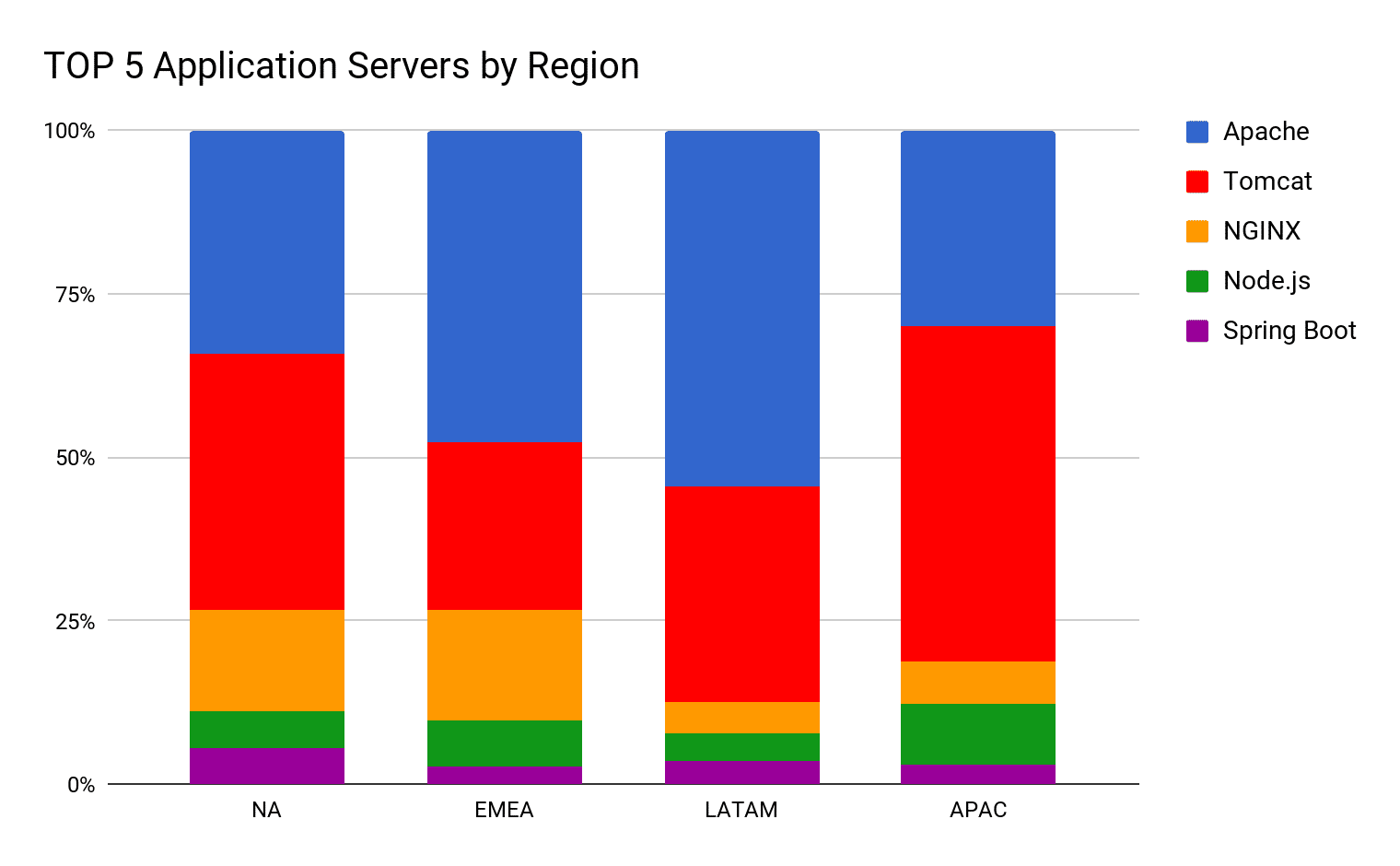 Moving to the analysis of database servers usage, we can see that MySQL got the first place with 54,9%. Pre-configured replication makes it easy to install, so the number of MySQL users is growing. MariaDB and PostgreSQL got 20,5% and 14,5%, so they have hold the 2nd and 3rd place. 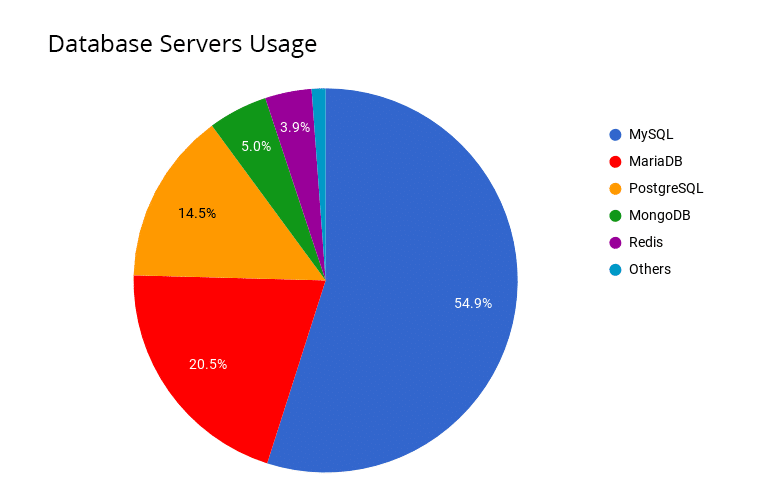 Also, we can highlight that MySQL is widely used in all parts of the world, while MariaDB seems like getting the top popularity in EMEA. PostgreSQL is leading in APAC, and Redis is not used there at all but got growing percentage in EMEA. 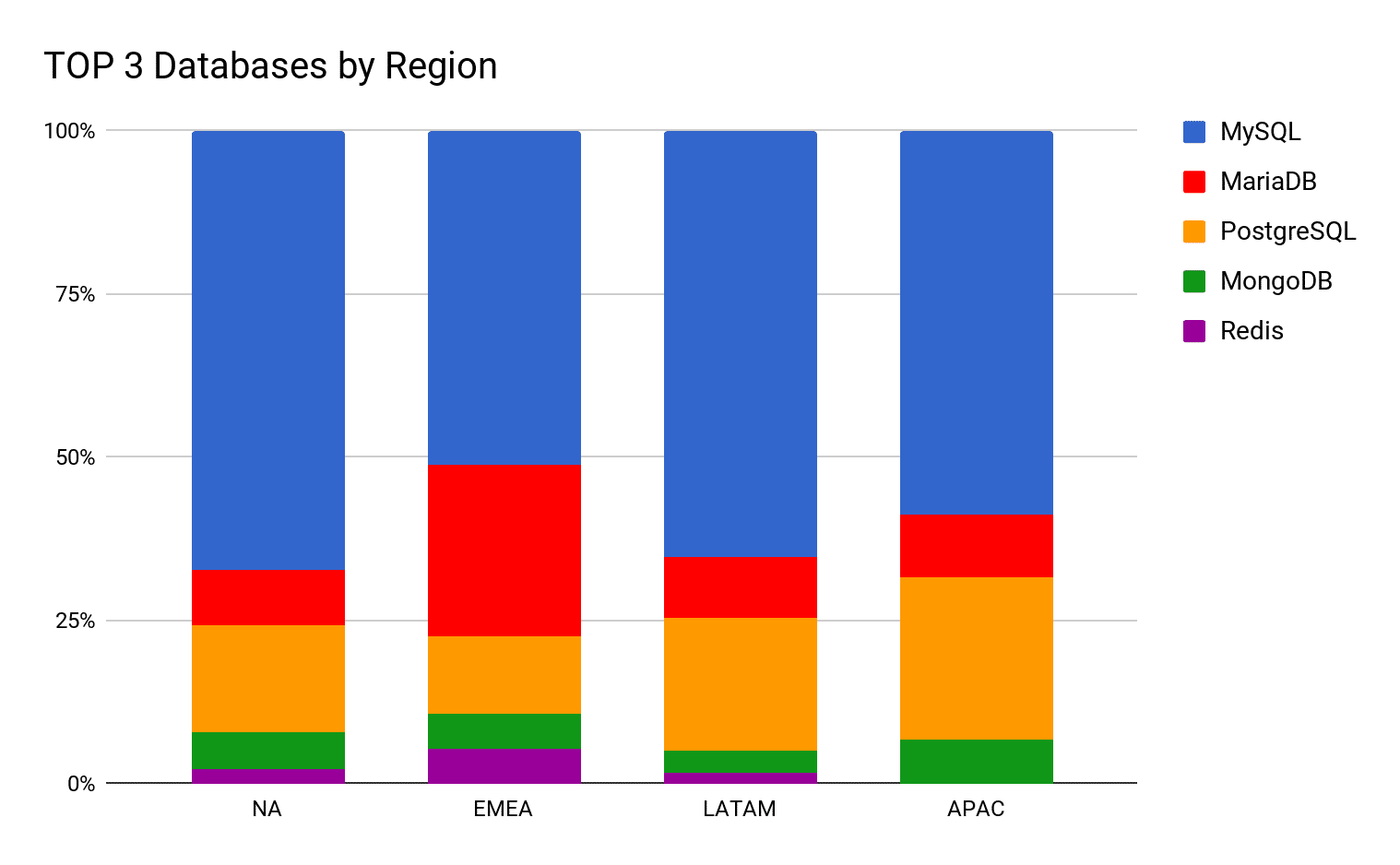 All software stacks within Jelastic PaaS are running inside containers. Users can choose between two types of container templates: 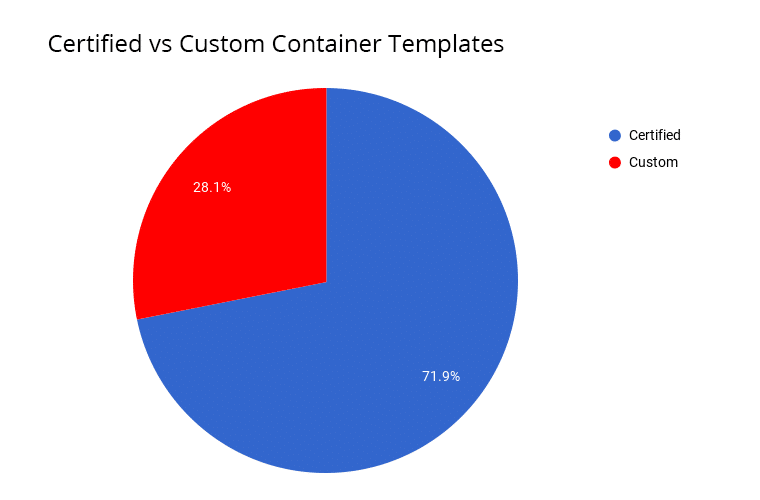 Jelastic PaaS provides users a marketplace with ready-to-go applications, clusters and add-ons that can be installed in just one click. Such solutions require minimal efforts for further management and support.

Top 10 applications, clusters and add-ons that are commonly used by Jelastic PaaS users are: