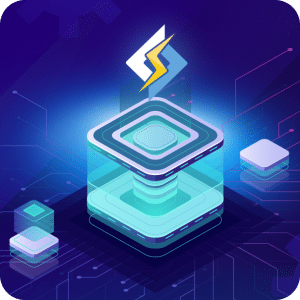 The LiteSpeed Web Server is a highly scalable PHP web server with high performance and low memory consumption. It is built based on the best practices of the PHP hosting, utilizing the benefits of both Apache and NGINX implementations, and integrating its own optimizations.

The feature-rich structure of the LiteSpeed application server includes the following specifics:

Jelastic PaaS supports LiteSpeed Web Server out-of-the-box to provide a secure, efficient, and scalable application server for PHP hosting in the cloud. According to benchmark tests, the LiteSpeed performance capacity varies from just a few times up to ten times higher than the main competitors such as Apache and NGINX web servers. Below you’ll see the results of the benchmark tests, as well as how to install, configure, and track performance of LiteSpeed Web Server within Jelastic PaaS.

2. Within the opened topology wizard, switch to the PHP tab and select LiteSpeed Web Server as your application server. Set other configurations up to your needs (e.g., cloudlets limit, Public IP’s, region, etc.). 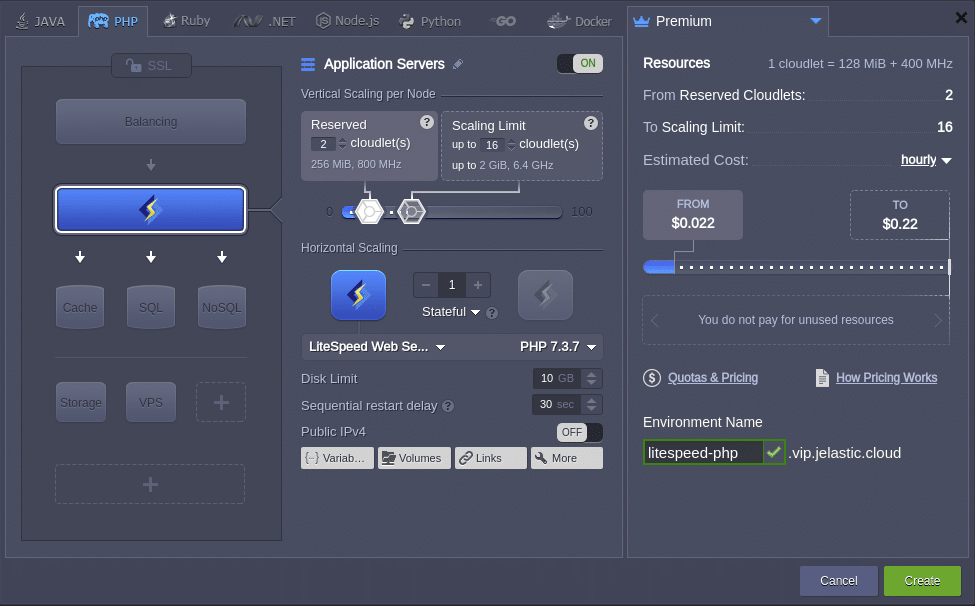 3. Once the environment is created, you can click on the Open in Browser button next to the application server.

The environment is ready for your PHP application to be deployed.

In contrast to Apache or NGNIX, LiteSpeed Web Server is configurable via a WebAdmin console by default and can be reached using the URL and credentials provided in the respective email after installation. 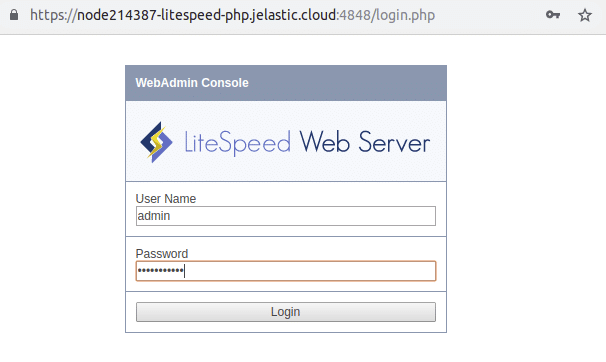 The WebAdmin Console is a very well documented application that has a user-friendly self-described interface with three main areas: General, Configuration, and WebAdmin Console. 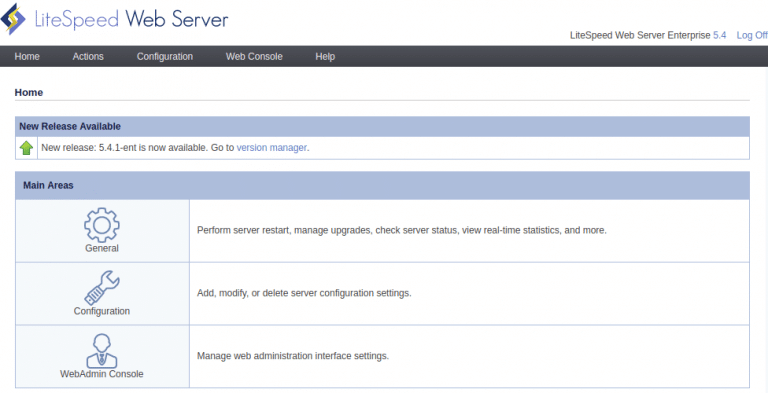 The General area allows you to perform common operations with a regular web server using the following options:

The Configuration area provides tools to configure the following options:

LiteSpeed Web Server was initially designed to be resistant to a large number of threats and effective workload handling. The following security parameters can be managed:

LSCache allows to avoid the usage of an extra reverse-proxy layer required by other add-on cache packages (such as Varnish) that consequently translates into higher efficiency of static assets in addition to handling of dynamic content.

It is strictly recommended using specially designed plugins for your application that coincide with one from this list. Otherwise, the LSCache can be enabled globally (not recommended) or for a specified virtual host.

Here we demonstrate how to enable LSCache for dynamic content of a demo website based on the phpinfo() function usage.

As shown earlier above, the environment created from the Jelastic PaaS certified stack template has this function already implemented in the default webpage (index.php), and which is accessible by clicking on the Open in Browser button.

Open it and then turn on the Developer tools by pressing F12 or Ctrl+Shift+i in case of Chrome web browser. See the Response Headers section for your website (virtual host). 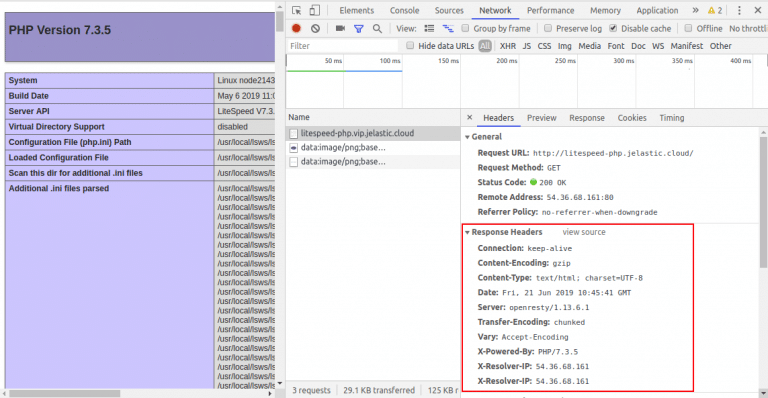 You can observe there is no information regarding content caching.

To make it a caching response, do the following:

1. Open Configuration File Manager, go to the root context directory of your virtual host (/var/www/webroot/ROOT directory in this case).

2. Then create a New File and name it as .htaccess. 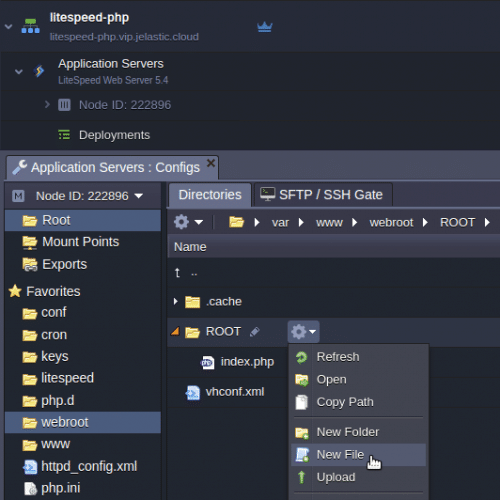 3. Add the following lines to the .htaccess file:

4. Save the changes, refresh the webpage of the website, and take a look at the Response Headers section once again. 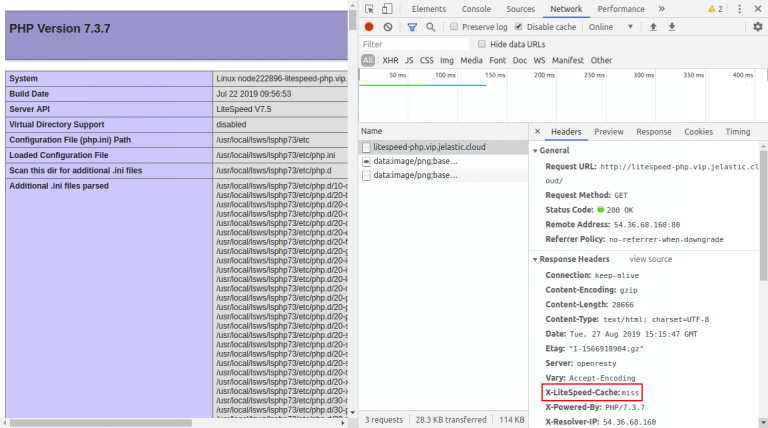 A new line X-Litespeed-Cache: miss was added to the Response Headers that means LSCache was enabled for the website (virtual host), but it’s not cached yet since we observe the miss as a status. In order to make it cached, refresh the webpage one more time, and take a look at X-Litespeed-Cache header. 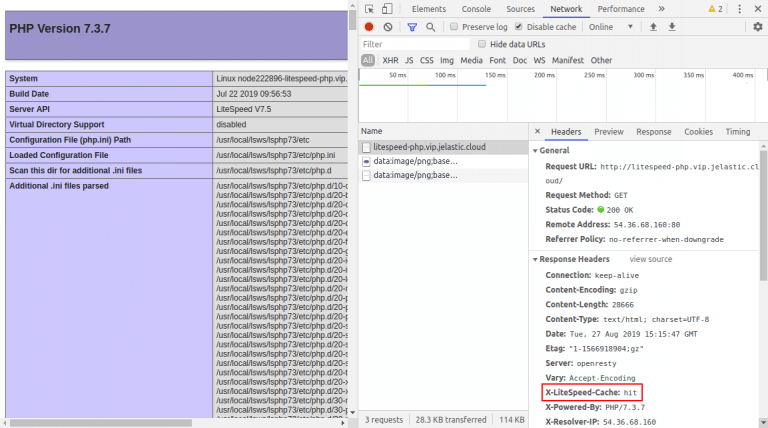 This time, the cache status was changed to hit, meaning that the dynamic content was loaded from the cache of your virtual host.

The .htaccess config file can be complemented with many other directives that you consider relevant.

In order to compare the LiteSpeed Web Server and other most popular web servers (Apache and NGINX) performance, you can do benchmarking in a few minutes within the Jelastic PaaS dashboard using ApacheBench (ab) utility as a workload source and a simple php script as a responding application.

2. Create a php script in every ROOT directory of all three web servers via the Configuration File Manager as follows: 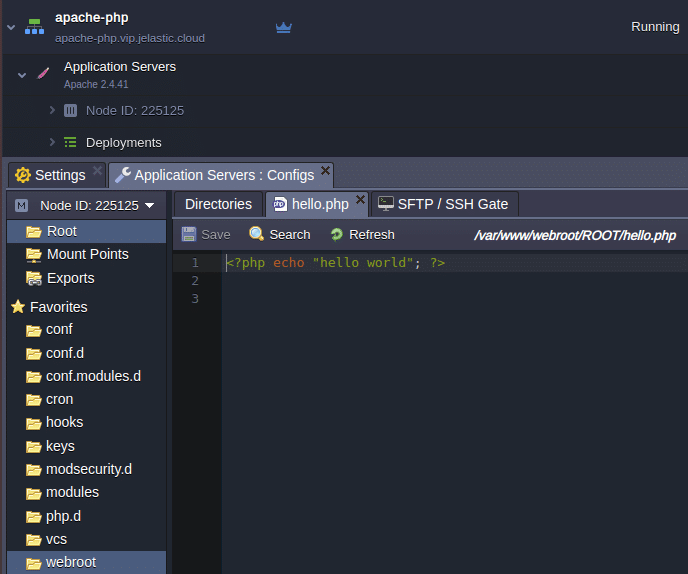 4. Open a terminal via Web SSH on the testing environment application server and run the following command for each destination environment, filtering command’s output by parameter Requests per second with help of the grep utility. This parameter indicates the number of requests that a responding web server can serve in one second:

5. Finally, compare the results. The greater the number, the better the web server performance.

Obviously, the LiteSpeed Web Server is the unconditional winner.

Being commercial software, LiteSpeed Web Server requires a license to be installed. Specifically for Jelastic PaaS, a more flexible pricing model was created for LiteSpeed servers that suits dynamic cloud environments. You can start with free licenses using up to 2GB per environment, and afterwards the price will depend on the tiers according to the RAM usage.

Now you see how easy it is to get LiteSpeed Web Server up and running, as well as what performance increase you can get with it migrating from Apache or NGINX web server. Major results make this solution a perfect choice for running applications like WordPress or Magento with heavy or variable load. LiteSpeed Web Server is already integrated to the pre-packaged Magento that can be installed in just one click.

Explore the benefits of high performance and high availability with the cutting edge LiteSpeed Web Server hosted at our Jelastic PaaS platform.